arley Viera-Newton, pictured left, is a DJ and a model. Born in London, raised in LA and a graduate from NYU, she began DJing in college and was later signed by Jay Z’s RocNation. Today, she DJs all over the world.

Harley’s style has been praised from runways to high street, appearing on the covers and inside the pages of major fashion magazines here and abroad. She calls New York City home.

Harley and Champion might seem an unlikely pair, with her super-feminine dressing and Champion’s sweatshirt ethos, but Viera-Newton disagrees.

“What ties our two brands together is this appreciation for classic, vintage silhouettes. They’re both [resources for] pieces you keep in your closet forever.”

A self-professed Champion lover, Harley wears and collects special pieces from Champion’s Tokyo store and jumped at the chance to collaborate with the brand. Urban Outfitters signed on as the exclusive retailer. 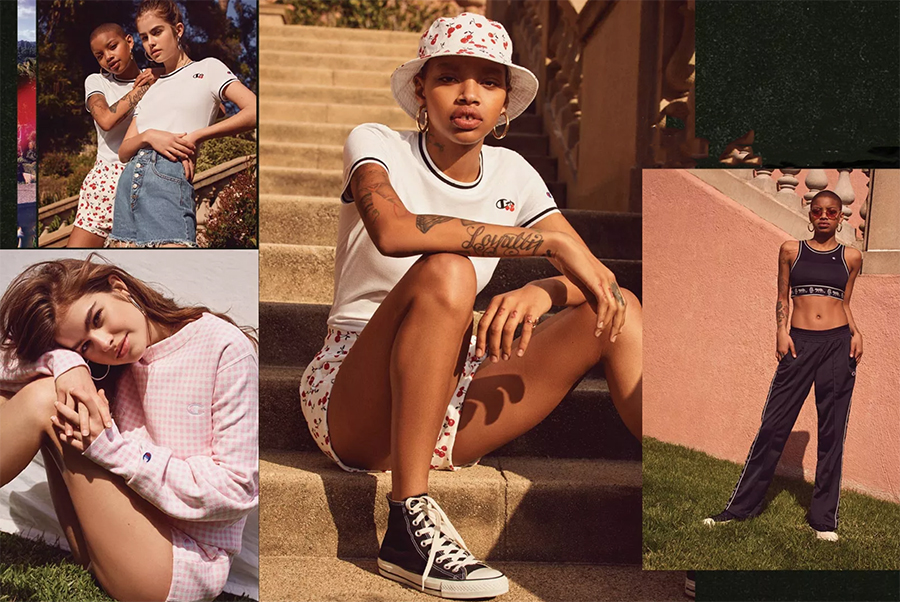 “I think you can see that the same person would appreciate both the dresses and the sweats. It’s the same customer wearing them.”

The collection can be found at Urban Outfitters.The HVN x Champion arrived this week in stores and online.