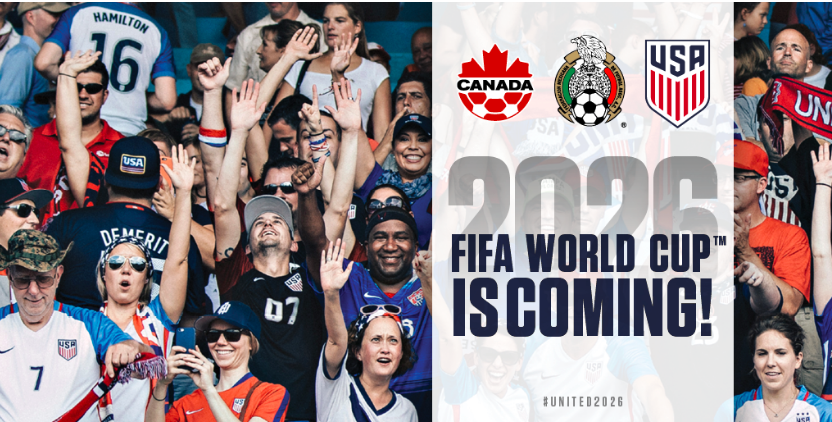 In a 26-page report, analysts at Macquarie Research said the 2026 World Cup, which is taking place in North America, represents a major opportunity for Adidas to increase the company’s lead in the sport of global football (soccer) and could significantly help narrow the company’s wide gap in U.S. market share against Nike.

“We believe it has significant strategic value and is an open goal for Adidas,” wrote Andreas Inderst, the lead analyst on the stock for Macquarie.

On June 13, FIFA awarded the 2026 World Cup to a joint bid from United States, Canada and Mexico.

In his note, Inderst said the prospect of having the World Cup in the U.S. should boost global football participation in the U.S. in the years leading up to the event. While global football is by far the world’s most popular global sport, it’s behind a number of other sports in the U.S. at 2 percent versus between 8 to 9 percent Europe.

Wrote Inderst, “As hosting the World Cup tournament in 1994 kicked off a surge in participation and interest in football in the U.S., we expect another leap and unprecedented attention to the sport. This should raise the profile of U.S. football dramatically and therefore boost football participation and sales in the U.S. (and the culture around the game).”

For Adidas, closely aligned to the sport as the leader globally and the number two in the U.S., a jump in global football’s popularity in the U.S. is expected to be particularly beneficial to the brand.

Inderst wrote that Adidas hasn’t experienced a breakthrough in U.S. sports, such as basketball, American football or baseball, and he believes that’s put Adidas at a “key disadvantage” in the company’s positioning in the region in contrast to countries across Europe and Latin America, where global football is by far the most popular sport.

Wrote Inderst, “The brand is still perceived in the U.S. as a football and sports lifestyle brand by U.S. consumers, although the brand earned its stride in running/training since 2014, taking market share. We regard FIFA’s decision as having significant strategic value to adidas.”

Wrote Inderst, “These activities and a likely significant rising popularity of football should allow ADS to get more embedded into the U.S. sports culture, and further enhance its selling space in the sporting goods channel. This should improve its football sales by 2026, but also lead to halo effects in training, supporting sales strongly in the U.S. by 2026 and beyond.”

Macquarie reiterated the company’s “Outperform” rating with a price target of €240.

The report came out as the 2018 World Cup will come to a close on Sunday. Of the 32 teams in the event, Adidas sponsored 12, a slight edge over Nike, at 10. Puma has four teams, New Balance has two and Umbro has one team, Peru. Nike is sponsoring the finalists, France and Croatia. Adidas’ last team, Belgium, lost to France in the quarter finals.