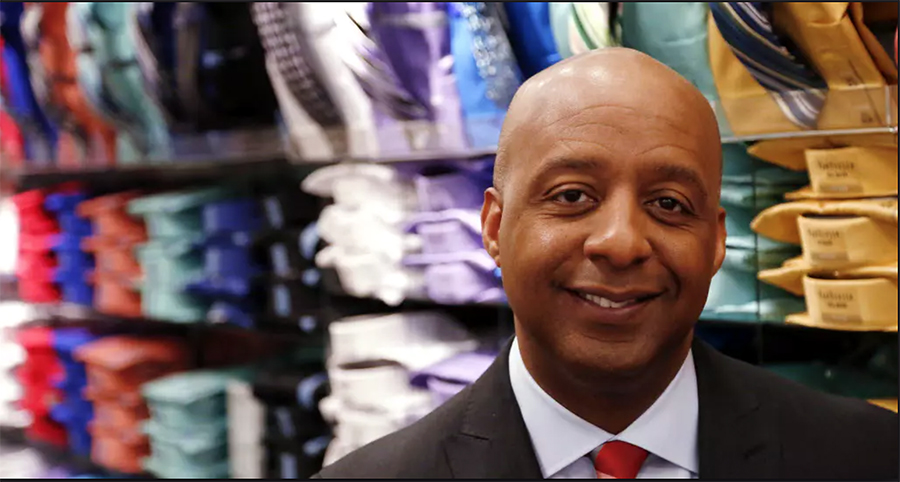 Shares dropped sharply at J.C. Penney Co. Tuesday with the announcement that Chairman and CEO Marvin Ellison would be leaving the retail giant to take over as the CEO of Lowe’s, effective July 2.

Ellison, who joined J.C. Penney in 2014 after 12 years at Lowe’s rival The Home Depot, helped guide the retailer during its attempt at a turnaround. While the company found some success navigating the turbulent retail landscape, J.C. Penney still struggled.

Sales decreased 4.3 percent to $2.6 billion compared to $2.7 billion for Q1 2017. Wall Street on average was expecting $2.61 billion. The decline in total net sales was primarily the result of the 141 stores that closed in the second and third quarters of fiscal 2017, as well as a cooler start to the spring season.

“During the first quarter, we achieved a positive sales comp of 0.2 percent, which was impacted in large part by a very late start to spring, where we experienced cooler-than -normal temperatures in April,” Ellison said on the earnings call with analysts. “Although our overall top line sales results came in below our expectations for the quarter, we were encouraged by the strong positive comp performance throughout February and March, as well as the last two weeks of April, when temperatures began to normalize.”

Ellison’s final statement during the opening session of last week’s earnings call signaled a CEO looking to keep up the fight, not jump ship.

“Retail in the U.S. is a multitrillion dollar industry and we believe there can be multiple winners,” Ellison said. “Those retailers who can offer their customers a value while providing the best in-store and online experience will be winners. And as a company J.C. Penney plans to be one of those winners.”

The department store chain, which didn’t know about Ellison’s looming departure when the Q1 earnings were released, then cut the company’s full-year earnings outlook.

Comparable store sales are expected to remain at 0 percent to 2 percent, while adjusted earnings per share are now expected to be a loss of 7 cents to earnings of 13 cents. J.C. Penney previously forecast a potential profit range of 5 cents to 25 cents per share. Analysts had been expecting 16 cents per share on average.

The departure speaks to a bigger fear about J.C. Penney’s prospects moving forward and competing with the likes of Amazon or even Kohl’s.

“The turnaround program that Ellison put in place at J.C. Penney has partly delivered, but is still far from complete,” Neil Saunders, managing director of GlobalData Retail, was quoted as saying in a Tuesday CNBC article. “There is now a question mark over how this plan will proceed and, indeed, whether J.C. Penney will remain on the same trajectory,” Saunders said. “Indeed, exiting before his plan is complete is a tacit admission that he may not be able to deliver what investors are looking for.”

Ellison joined J.C. Penney as president and CEO-designee in November 2014. He worked closely with then-CEO Mike Ullman III until Aug. 1, 2015, at which time he became the company’s first African-American CEO.

In his last position at The Home Depot, Ellison led nearly 2,000 retail locations as executive vice president of U.S. stores. Prior to that, he was president of Home Depot’s northern division, a role in which he had responsibility for the sales and operations of more than 700 stores in 21 states and led a team of more than 150,000 associates.

This reporter interviewed Ellison for an article that was published in The University of Memphis Magazine in 2015 (click here to read the Q&A), soon after he was named J.C. Penney CEO.