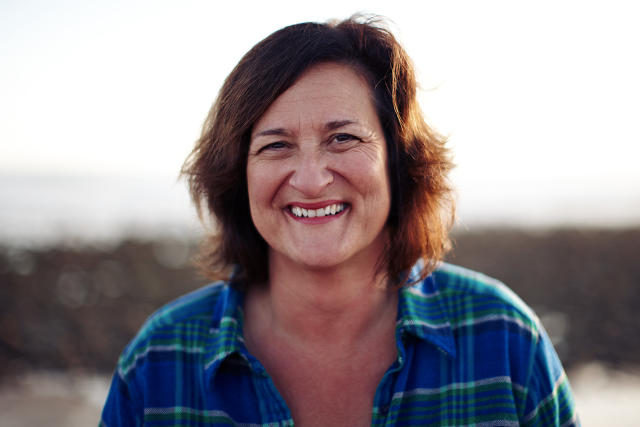 Patagonia CEO Rose Marcario has again spoken out in defense of her company’s campaign against the current administration’s attack on public lands, telling a popular podcast host the stance has had a “positive effect on business” and that Patagonia is poised to have its “best [sales] year ever.”

Marcario spoke with Kara Swisher, executive editor of Recode, last month at TechFest in Portland, OR. Their chat turned into a recent episode for the podcast Recode Decode.

The two spoke at length about everything from Patagonia’s defense of public lands, to the #MeToo movement, to Mark Zuckerberg’s missteps at Facebook, to why Patagonia won’t sell on Amazon.

Patagonia has been in the news lately, and not just for selling outdoor gear. The company’s very public stance to protect national monuments such as Bears Ears and Grand Staircase-Escalante, which included a powerful message that “The President Stole Your Land,” has divided consumers into two camps—buy more Patagonia products or boycott them.

The outdoor company’s campaign caught the attention of the House Committee on Natural Resources, which issued a statement saying, “Patagonia is lying to you,” and that the company is a “corporate giant hijacking our public lands debate to sell more products to wealthy elitist urban dwellers from New York to San Francisco.”

Marcario wasn’t amused, telling Swisher, “We have a government that’s basically attacking American companies. That’s what’s happening all the time. That’s what dictators do. That’s what despots do. We need to wake up and companies need to stand up.”

The government’s admonishment of Patagonia in hopes of driving away customers has actually had the reverse effect, according to Marcario, who said the company is on pace to post its “best year ever.”

If Patagonia succeeds in that endeavor, the company can thank some of the initiatives and campaigns launched or collaborated on in the past year, including:

Marcario, who was appointed CEO in 2014, credited the success of these campaigns, as well as steady business growth in the past few years, on the complementary skills that she and Patagonia founder Yvon Chouinard bring to the leadership team.

“I think we both saw business should be a force for good in the world, should have responsibility to the planet and to the community,” Marcario said. “We felt really strongly about that. I think I’m more of a traditional business person; Yvon is more of an entrepreneur, and the combination of us together is, I think, pretty powerful.”

Industry collaboration is also powerful, and Marcario said she believes the outdoors community banding together—as it has on everything from defending public lands to opposing tariffs on Chinese imports—must continue. She even believes this blueprint can translate to other industries.

“Our industry really came together on public lands,” she said. “I mean, I had our business competitor, The North Face sitting next to me … and we were calling the governor of Utah together. … That to me is leadership. It’s what I wish we’d see more of from the tech world.”

Read the transcript of the interview here or click here to listen to the Q&A, including how Marcario would have handled the Facebook situation (temporarily shutting down the company) and why Patagonia won’t sell on Amazon (data sharing concerns).