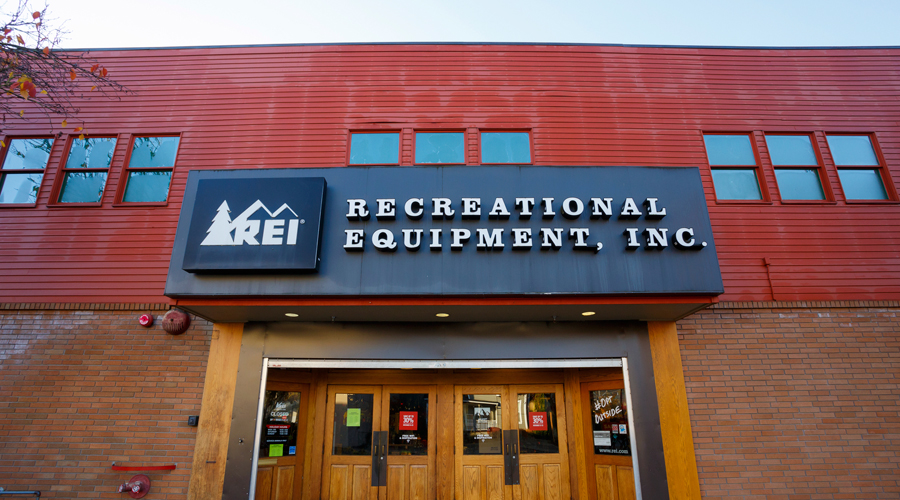 “As a co-op, we are a different kind of company,” said REI CEO Jerry Stritzke in a statement. “Our founders were bold enough to think about doing business differently, which is why we hold ourselves accountable to a ‘quadruple bottom line’: measuring not just how we do as a business, but how we drive impact for our employees, our members and society.”

In 2017, nearly 70 percent of its profits went right back to the outdoor community, supporting employee retirement, helping fund trail work, returning dividends to its members and supporting nonprofits that get people into the outdoors.

2017 was also a landmark year in the co-op’s decades-long commitment to advancing better ways of doing business. REI sourced 100 percent renewable power for all of the co-ops operations, fought for the preservation of national public lands, launched a breakthrough effort to promote gender equality in the outdoors and inspired millions of Americans to spend Black Friday outside with their families.

“REI has always chosen the uncommon path.  As we think about the co-op’s next 80 years, we will do more of the same, inspired by our unchanging belief that a life outdoors is a life well lived,” said Stritzke.

In an open letter published in its annual Stewardship Report today, Stritzke shared 2017 annual sales of $2.62 billion (a 2.55 percent increase over 2016). As a result, in 2017, REI was able to invest $8.8 million into more than 1,000 outdoor places, return $196.3 million to members through dividends and credit card rebates and give $56.5 million to employees through profit-sharing and retirement.

REI also launched new Product Sustainability Standards that apply to each of the more-than-1,000 brands sold at the co-op. The standards mark a major step forward in sustainability for the outdoor and retail industries, and make it easier for millions of outdoor enthusiasts to find and choose more sustainable products, contributing to the future health of the outdoors.

In his letter, Stritzke indicated that REI will continue to design new ways to connect people with outdoor experiences, citing the fact that the average American spends 95 percent of his or her life indoors, and highlighting that the choices made today will have a big impact on the future.

“That’s why every purchase made at REI helps the co-op connect more people to a life well lived in the outdoors,” REI said in the co-op’s statement. REI supports more than 400 nonprofits across the country that build trails, connect people with nature and sustain vital outdoor resources like our parks, waterways, mountains and deserts.

Key initiatives this year include: