Stephen Curry Squares Off Against Malaria

On New Year’s Eve, Under Armour and Stephen Curry, who serves as the Global Ambassador for the United Nations Foundation’s Nothing But Nets campaign, will release a limited-edition Curry 4 Low colorway to support the fight against malaria.

For every pair sold, Curry will donate an insecticide-treated bed net to Nothing But Nets, protecting kids, refugees and families from malaria.

Half of the world’s population is at risk from malaria, a mosquito-borne disease which is spread mostly at night but is preventable when sleeping under a life-saving bed net. While incredible progress has been made against the disease, malaria still claims the life of a child every two minutes.

Curry has been a champion of the Nothing But Nets initiative for the last six years. In 2013, he joined the campaign on a trip to Tanzania where he personally delivered bed nets to impacted families living in the Nyarugusu Refugee Camp. Initiated in 2006, the organization has raised more than $65 million dollars and delivered more than 12 million bed nets and other vital malaria interventions and treatment to families in 31 countries. 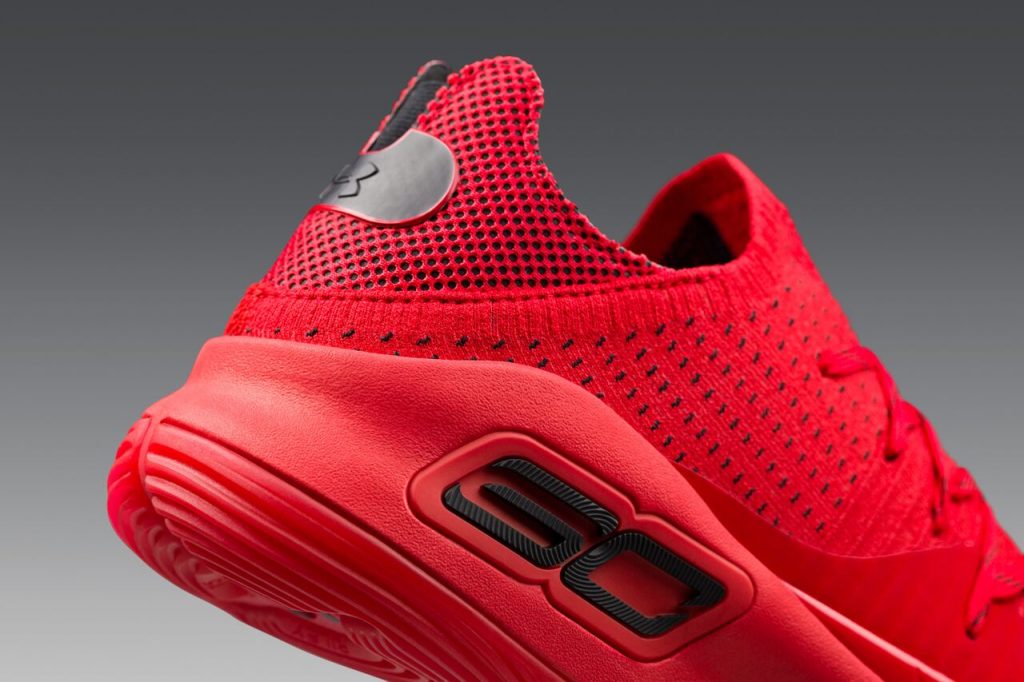 Curry wore the new “Nothing But Nets” colorway as he worked out before Wednesday’s game at Oracle against the Utah Jazz. The bright red colorway with a netting design on the heel is inspired by his involvement in the campaign’s efforts to send nets and help save lives from malaria.

The Curry 4 Low Nothing But Nets colorway will release at Under Armour Brand Houses and UA.com in the United States, Canada and China on December 31, 2017.