Genesco Inc. has named Mimi E. Vaughn, the company’s president and chief executive officer, to the additional position of chair of the board of directors, effective July 1, 2020. Vaughn will succeed Robert J. Dennis, implementing the final step of a transition plan that began in 2018. 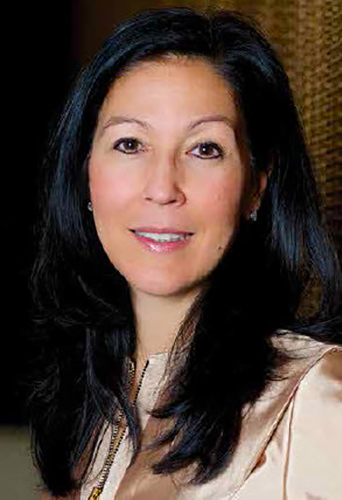 Dennis served as Genesco president and chief executive officer from 2008 to 2020 and most recently as executive chairman. He will retire from the board effective June 30, 2020, after serving as chairman for the past 10 years.

“Bob Dennis has led Genesco in some of its most exciting periods of growth and has navigated the company through several important events in our history. I would like to thank him for his 15 years of dedication and leadership with the company and celebrate his lasting legacy as one of Genesco’s most visionary leaders,” said Vaughn. “I look forward to working with our board, our management team and our tremendously talented employees to build on the company’s strong foundation and continue to execute our strategic vision to increase shareholder value as a leading footwear-focused company.”

Dennis added, “Mimi’s strategic insight into our businesses will serve our board in an impactful way. She is a dynamic leader as demonstrated through her successive roles at Genesco, including most recently as president and chief executive officer. Over the past several months with the COVID-19 pandemic disruption, she has done an exceptional job leading the company during extraordinary times. I have tremendous confidence that the future of Genesco is in excellent hands.”

Matthew C. Diamond, 51, a veteran of Genesco’s board, and former chief executive officer of Alloy Media and Alloy, Inc., will continue to serve as the company’s lead independent director.

In October 2019, Vaughn was elected to Genesco’s board of directors and named president and chief executive officer, effective on February 1, 2020. She joined Genesco as VP strategy and business development in 2003, was promoted to senior vice president, strategy and business development in 2006 and was named senior vice president, strategy and shared services in 2009. Vaughn became chief financial officer in 2015 and was named Genesco’s chief operating officer in January 2018. She formally assumed the role in May 2019 following the appointment of Mel Tucker as chief financial officer.

Prior to joining the company, Vaughn was executive vice president of business development and marketing and acting chief financial officer for Link2Gov Corporation in Nashville, TN. From 1993 to 1999, she was a consultant at McKinsey & Company, based in Atlanta, GA. During her tenure at McKinsey, Vaughn advised senior executives and board members, specializing in the consumer and retail sectors. Before joining McKinsey, Vaughn held corporate finance positions at Goldman Sachs & Co., Wasserstein Perella & Co., and Drexel Burnham Lambert. Vaughn received a bachelor of science degree in foreign service and international economics from Georgetown University magna cum laude and earned a master of business administration degree from Harvard Business School where she graduated with distinction.