Vibram Corp., North Brookfield, MA, said Tuesday that Michael Gionfriddo has announced his retirement as the company’s president and CEO effective December 31, and that Fabrizio Gamberini has been appointed the new president of Vibram in the United States.

The company also announced that Richard Riegel, currently a member of Vibram’s board of directors, has been appointed chairman of Vibram. Both new appointments are effective today. 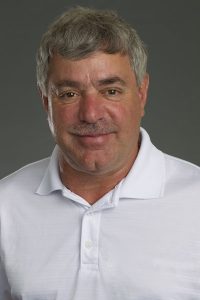 Gionfriddo has been a part of Vibram’s management team since 1998 and has led the company as its president since 2011. His retirement coincides with his 20th anniversary year with the company.

“Mike’s outstanding leadership has made Vibram much more successful during his long tenure with the company,” said Paolo Manuzzi, global general manager. Over his career, Mr. Gionfriddo’s accomplishments are many, including the successful consolidation of the acquisition of Quabaug Corp. by Vibram, commercialization of breakthrough new Vibram soling technologies including Arctic Grip and MegaGrip, positive management of Vibram’s requirements for the United States Military, the establishment of key partnerships and Vibram incubator offices and the implementation of global quality standards in concert with Vibram’s supply chain.

“We cannot thank Mike enough for all that he has done to propel Vibram’s business in the United States and around the world over a 20-plus year period. The company will miss Mike, and we all wish him well in his retirement.”

Gamberini joins the company as its new president effective October 9 and will work alongside Gionfriddo until the end of the calendar year to ensure a smooth transition. 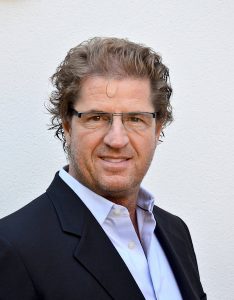 Gamberini joins Vibram after successful leadership positions as CEO of Geox USA and of Marcolin USA, general manager for Nike Inc., and for Hewlett Packard. Gamberini brings brand and multi-industry management expertise to his new position and will work closely with Vibram’s global team and board of directors to propel new opportunities for the company.

“Vibram is excited to announce the appointment of Fabrizio Gamberini to its global management team,” Manuzzi said. “Fabrizio brings a wealth of knowledge, outstanding market relationships and enthusiasm to our North American operation. The company is indeed fortunate to welcome a senior leader of Fabrizio’s caliber.”

Richard “Dicky” Riegel has been a director of Vibram since 2015, and now assumes the role of chairman of its board of directors. In that role, he will work closely with Gamberini to drive the company’s strategy. Riegel is the founder and CEO of privately held Airstream 2 Go LLC, and is the former president and CEO of Airstream Inc. and COO/croup president of Thor Industries Inc., the world’s largest RV company.

“Dicky has helped define and drive Vibram’s strategy over the past several years, and we will count on him to now to help propel the company’s opportunity in North America, working closely with its new president and management team,” Manuzzi said.